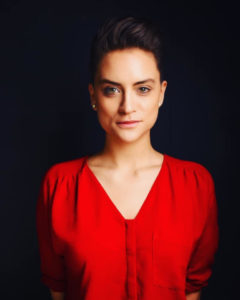 Chelsea is an internationally performing stand up comedian from Alaska. She has performed across Europe in more than 15 countries, with the likes of the Comedy Store, the Glee Clubs, Latter, Oslo, The Comedy Cafe Amsterdam and more. She brings her years of street performing to the table to create a quick-fire set that will leave you laughing, as well as thinking. As a street performer, she has performed in over 30 countries. However, her biggest hobbies include eating sweet and salty popcorn, hugging, and the Amitabh Bachchan filmography.