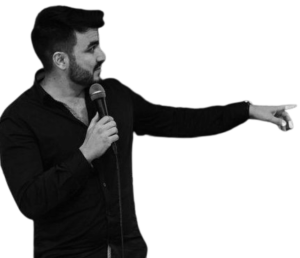 Borko from Radishani is a 36-year-old teenager who loves to dance, swim, box, sing (although he is not good at singing !!!), to laugh, yogi, meditate and cool off
As a child he was very shy and closed ... but when he grew up he was not a shy boy any more and he opened and started traveling and exploring the world, becoming a World Traveler
As a child, he was not good for school and has 3 as grades, but when he grew up he got 10 as grade and received money from several countries to study, he received the most money from the Germans where he received his master's degree ...
As a child he wanted to live on islands, in interesting big cities, but when he grew up he realized that his friends and Macedonia are more important to him, so he returned to Radisani and now everyone is teasing him
When he was little and green he cheered for the Americans, before he understood the truth about Vietnam that those countries are not actually neighbors, since then he is still on the side of the Vietnamese ...
It is declared that he is in love with his HONEY and he was most in love with Sports Psychology and in motivating the people around him
"HAPPINESS IS IN ORGASM" is his MOTO and with an organized laugh of people he started with "SEX TALK SHOW" while working on a ship.
Borko believes that the whole society in Macedonia needs better sex (NOT from politicians) to become positive, more successful and happy :)
Maybe it will make you laugh, maybe not, but surely some new crazy philosophical theories will be heard .... 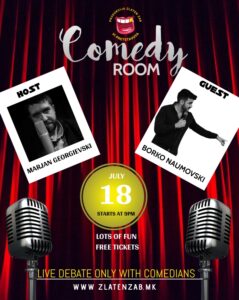