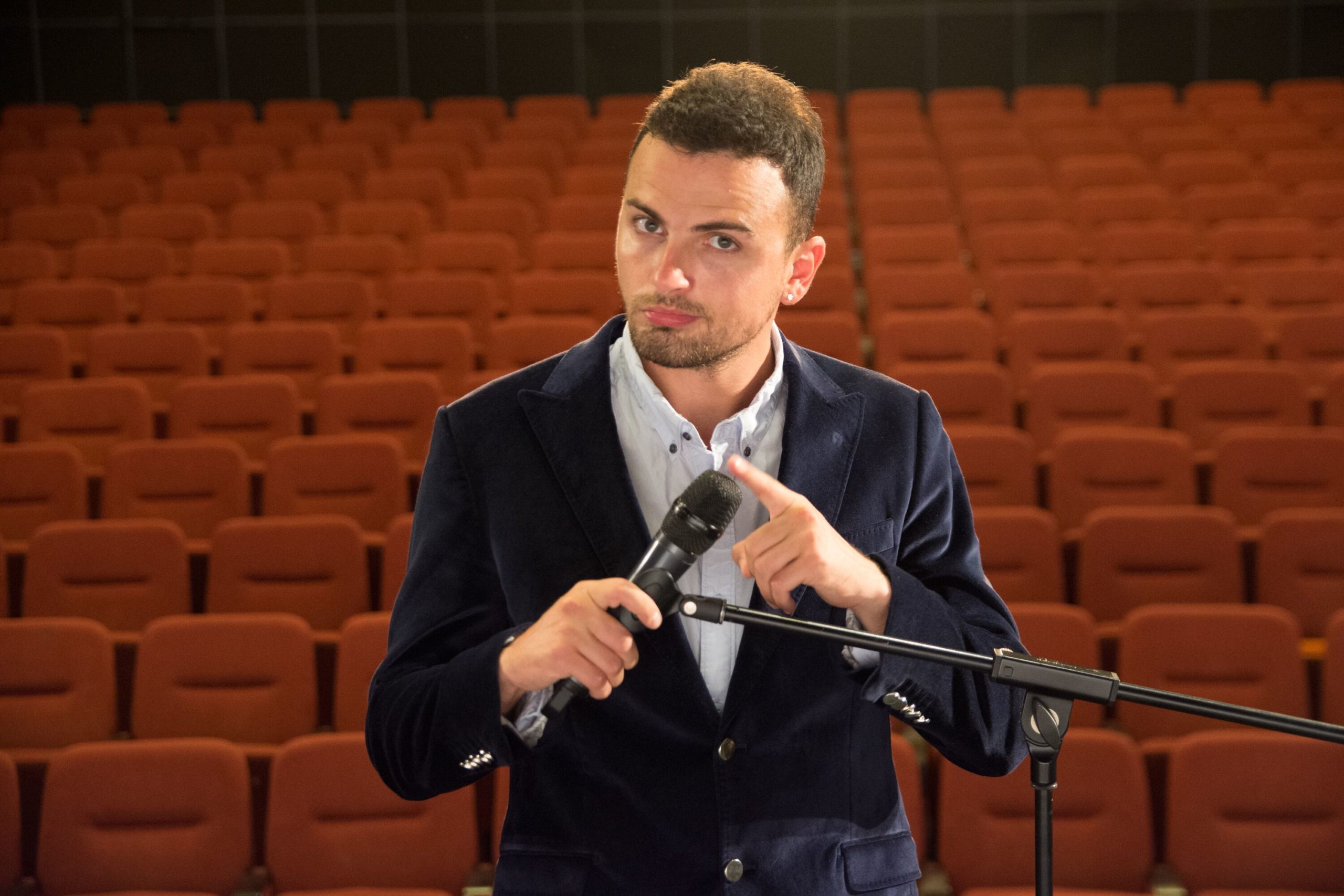 He graduated from high school and music school for accordion in Novi Pazar.

He studied at the Academy of Theater and Film Arts, and graduated from the Department of Acting in the class of Prof. Enver Petrovci at the International University in Novi Pazar.

Performed the function of acting director of the Institute of Culture of Bosniaks from Sandzak in Serbia.

He regularly wrote columns for the „Sandzak magazine“.

He was a narrator of audio textbooks for first and second grade for primary schools from the publishing house "Klett".

He is an active leader in the School of Acting in Novi Pazar, Sjenica, Pancevo and Indzija.

He is a member of the Association of Playwrights of the Republic of Serbia.

Semir Gicic is the author of popular comedies:

"Market Stories" is an author's TV series by Semir Gicic, in which he was also the host.

"The List of Intolerable Varieties of People" is the theme of his new conceptual stand-up comedy.

Semir Gicic, perhaps, tells us that only in madness there is a system, that every absurdity is more logical than the reality in which we live, which changes from hour to hour, very rarely according to the rules of common sense. When a person thinks that something is over, only then does he begin, when he believes that he has understood, only then is he deceived, for some reason.

There are no jokes, cheap metaphors, playing and other waste of time for nothing  in his performances.